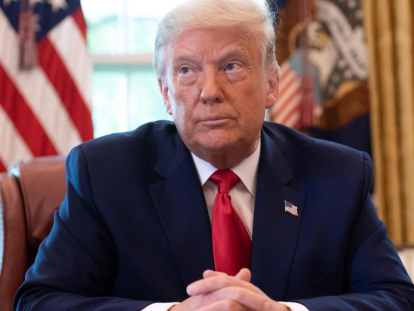 In what has become a sideshow to the TikTok drama consuming the business press, President Trump gave his "blessing" to the proposed deal to spin off TikTok's global business into a US-based company, averting a Sunday night deadline that would have forced Apple and Google to remove the app from their app stores, an American judge has blocked Trump's attempt to force WeChat from the US market.

US Magistrate Judge Laurel Beeler, a judge based in - where else? - San Francisco, argued that the ban raised serious questions related to the constitution's first amendment, guaranteeing free speech in the US. The Trump Administration, meanwhile, alleges that the app threatens American national security by creating a conduit for Beijing to siphon up the private data of American citizens.

Critics of the Trump ban on both the right and left have argued that this is a reason to advise American soldiers and anybody working for the government to avoid the app, as the administration has done. But it's not a solid reason to ban the app. Judge Beeler appears to agree, ruling that the administration's national security argument simply isn't strong enough.

WeChat "serves as a virtual public square for the Chinese-speaking and Chinese-American community in the United States and is (as a practical matter) their only means of communication," the judge wrote in the ruling, dated Saturday and released early Sunday. Effectively banning it "forecloses meaningful access to communication in their community and thereby operates as a prior restraint on their right to free speech."