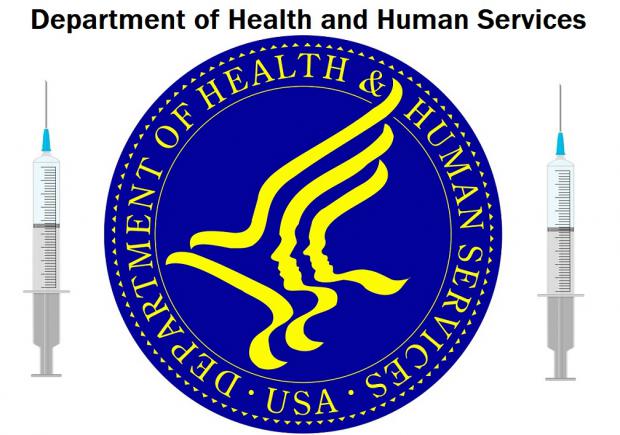 Over the course of the last several months there have been a few developments, when looked at individually, that do not create much of a response or concern to the masses.

Yet when you zoom out a bit, these events, scattered about and seemingly not connected, start to fit together into a pattern.

Chaos theory can be defined as "within the apparent randomness of chaotic complex systems, there are underlying patterns, interconnectedness, constant feedback loops, repetition, self-similarity, fractals, and self-organization."

The events I refer to are:

1) The enactment of The PREP Act by the Secretary of HHS.

2) The Secretary of HHS actions to remove shoulder injury and syncope from the NVICP.

3) The Secretary of HHS amending the PREP Act to allow pharmacists to administer childhood vaccines to our kids ages 3-18.

The enactment of The PREP Act (Public Readiness and Emergency Preparedness 2005) was declared by the Secretary of HHS on March 10, 2020.

This allowed our nation to address the COVID "pandemic" by extending legal protections to manufacturers of medical supplies and equipment, plus allowing our federal government to harness the resources necessary to combat this virus.

This also extended to the states for them to enact Emergency Powers that restricted businesses, social gatherings, focusing medical responses to COVID only.

At the same time, the Secretary of HHS forwarded his intentions via a Notice of Proposed Rulemaking (NPRM) to remove shoulder injury (SIRVA) and syncope (fainting) from the NVICP, thus any claims for injuries resulting in shoulder injuries or the result of injured incurred after falling because of fainting.

Shoulder injury is the #1 claim for injury in the Vaccine Court. By far outdistancing GBS, yet combined, nearly 64% of all petitions filed in the NVICP allege these two injury types.

Outside of those who follow the NVICP closely or attorneys who practice in the Program, there was not as much interest from the general public.

Several theories started to emerge as to why the Secretary is pushing so aggressively and what will happen when those injuries are removed from the Program.

The answer is yes. But that is not the end of this story.

Just another dot to connect

In August of this year, the Secretary of HHS issued declaration to amend the PREP Act to allow pharmacists to administer vaccines approved for the schedule to children ages 3-18. With so many adults having problems from vaccinations at retail pharmacies, why allow children? Read my recent article about all the details:

Then on Sept 3, 2020, the Secretary of HHS issued guidance to allow pharmacists to administer the COVID vaccine (yet to be approved) to children as young as three years of age.

Keep in mind, clinical trials are ongoing and no children are included in the trials this young. This action preempts any state law or statute regarding the administration of a COVID vaccine.

And another dot to connect

Buried in the recent guidance announcement by the Secretary is the statement that pharmacists now will be considered "covered persons" under the PREP Act. They will not incur any liability for their licensed actions to administer vaccinations.

This removes any liability to sue for an injury and goes against the NPRM issued back in March by removing these injuries and asserts that such claims should be filed in civil court.