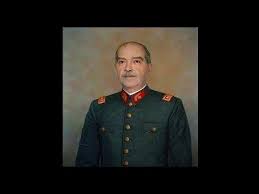 Just ask the family of Rene Schneider. He was the commanding general of Chile's armed forces under Salvador Allende, the socialist who was democratically elected president of Chile 50 years ago. The CIA and President Richard Nixon concluded that Allende posed a grave threat to U.S. "national security" and decided to remove him from office.

One option that the CIA could have exercised against Allende was, of course, assassination. Ever since the CIA was established in 1947, it has wielded the ultimate power to kill people with impunity, making a mockery, of course, of the notion that the U.S. government is a "limited" government.

As far back as 1952, the CIA was developing an assassiation manual for its assassins. It not only detailed various methods of assassination but also ways to conceal that it was a state-sponsored assassination. For example, one method of assassination in the manual was to throw the victim out of a high story window and make it look like it was a suicide.

Instead of assassination, the CIA chose to iniitate a domestic military coup against Allende, one that would violently remove him from office and replace him with a conservative unelected military general.