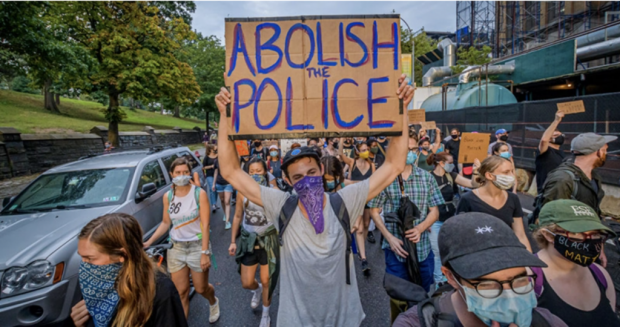 In the wake of George Floyd's death while in the custody of the Minneapolis police, the city council - nearly all Democrats, made the brilliant decision to defund the city's police department and embark on a "police-free future."

"We are going to dismantle the Minneapolis Police Department," tweeted Council Member Jeremiah Ellison on June 4, pledging to "dramatically rethink" the city's approach to emergency response.

Now, via The Blaze, a development that we promise isn't from the Babylon Bee: Minneapolis lawmakers are baffled over the recent crime wave sweeping the city.

"During a two-hour meeting with Minneapolis Police Chief Medaria Arradondo this week, the Democratic city council, in brazen fashion, demanded to know why city police are not responding to the violence with enhanced law enforcement measures," Writes Chris Enloe.

The number of reported violent crimes, like assaults, robberies and homicides are up compared to 2019, according to MPD crime data. More people have been killed in the city in the first nine months of 2020 than were slain in all of last year. Property crimes, like burglaries and auto thefts, are also up. Incidents of arson have increased 55 percent over the total at this point in 2019.

"Residents are asking, 'Where are the police?'" Councilman Jamal Osman said, MPR reported. "That is the only public safety option they have at the moment. MPD. They rely on MPD. And they are saying they are nowhere to be seen."

Anti-police Council President Lisa Bender claims the cops are being "defiant," adding "This is not new."