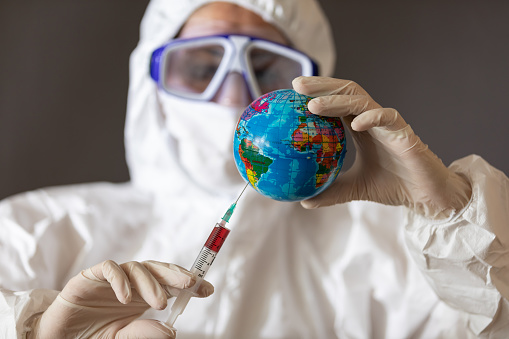 In an appearance with Bloomberg Tuesday, Bill Gates once again dismissed anyone who questions the motives of his global coronavirus vaccination push as a 'conspiracy theorist,' calling them "so crazy".

Host Erik Schatzker stated that "The conspiracy theorists who believe that you helped to create and spread the Corona virus might be easy to dismiss. If there weren't so many of them," before asking "has that notoriety become an impediment to your efforts or the foundation's work yet?"

"Well it's so crazy to suggest the opposite which is you know we make vaccines and that has save millions of lives to somehow say that the vaccine in general is malign or that you know that the deaths are really taking place," Gates stated.

"It's surprising to me how interesting that is. It spreads far more quickly than the truth," he added.

Gates attempted to conflate questions over vaccines to those who refuse to wear masks in public, stating "The big concern is that if that means that the protection of others like wearing masks or a willingness of enough people to take the vaccine then it absolutely does make things worse."

Check out the European death count here - EUROMOMO - https://www.euromomo.eu/graphs-and-maps. Europe is down to normal and below average. Why are they still doing the lockdowns? Check the map a little more than halfway down the page here - again, EUROMOMO - https://www.euromomo.eu/graphs-and-maps#map-of-z-scores. It goes way back to 2015, and shows that the beginning of 2017 may have been worse than our worst time of Covid. Of course, this is Europe. Who has a similar map of the USA? Most importantly is that Bill Gates and his bunk are totally wacky - but maybe whacky against the people of the world.