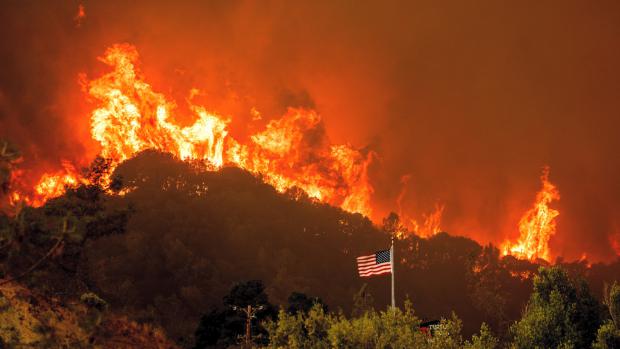 He was talking specifically about the wildfires that have ravaged his state – a warning that the natural disasters that natural disasters will soon plague the rest of the country too, thanks to climate change.

But his comment should really be taken more broadly… because California really is a snapshot of America in the near future.

Just like America, there are a lot of incredible things about California. It's home to some of the biggest, most 'innovative' tech companies in the world. It has a large, educated, highly skilled population.

Just by itself, the state is the 5th largest economy in the world. It's a powerhouse. Or, at least, it should be. It has all the promise of America - Hollywood, Silicon Valley, sunshine, Disneyland, and endless possibilities… the place where dreams can come true.

And then there's reality.

Yes, the state is ablaze and air quality has turned toxic. But that doesn't even scratch the surface of the problems.

(The wildfires are indicative of a bigger problem, though. It's not like wildfires are a rare occurrence in California. They happen every year. Yet somehow this government always gets caught with its pants down.)

Just look at the state's electricity situation: the fifth largest economy in the world can't manage to keep the lights on! And the state has to resort to rolling blackouts like some third-world country.