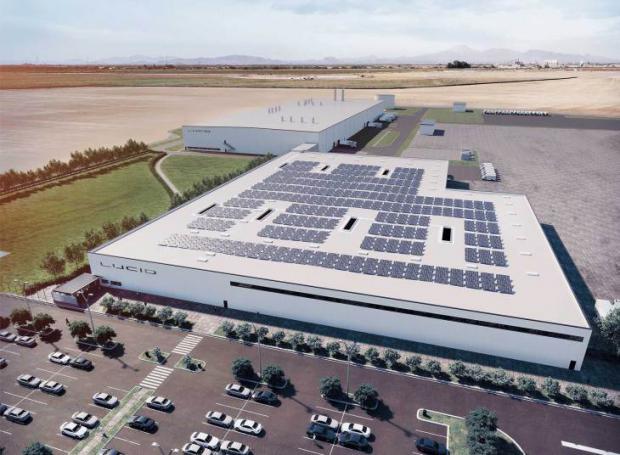 Lucid Motors' newly-constructed, 730,000 square foot manufacturing is where the new Lucid Air electric car is starting to take shape. The facility is located in Casa Grande, just off Interstate 10.

Four years ago, Arizona beat our a dozen other states to become the new home of Lucid's flagship automobile.

"This is a very exciting day, and one we have been anticipating a while and working hard to keep under wrap," said Governor Doug Ducey, in 2016, when he and executives with Lucis announced a multi-year partnership to create thousands of new jobs, and inject more than $700 million into the local economy.

Following several delays and an influx of cash from Saudi Arabia, Lucid is now back on track with production.

"We already have the first robots coming to life. We are already moving the first equipment and dialing that in," said Peter Hochholdinger, Vice President of Manufacturing with Lucid Motors.

Hochholdinger says the company is committed to getting the Lucid Air out on the road by early 2021.