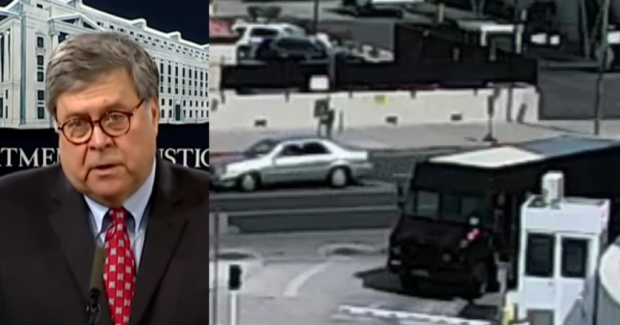 Phoenix Councilman Sal DiCiccio broke the story on twitter. He said: "Federal officer shot in a drive-by in downtown phoenix."

"If you didn't think it could happen here, it just did. A federal officer was just shot in front of the Sandra Day O'Connor federal building in a drive-by attack," he added.

He continued, "Multiple shots were fired at the officer who was struck in the vest. Injuries are believed to be non-life-threatening."

"Make no mistake, this is a direct result of the extremist anti-police attacks we have seen from BLM and Antifa across the country. This insanity needs to stop."

He added later, "Update: The victim is a full deputized US Marshall working at the Federal Courthouse. He was transported to a local hospital, non-life-threatening injuries."

"He was able to return fire at the suspect's vehicle. Officers are continuing to look for the suspect in the area."

Phoenix Police released a photo of a car seen leaving the area and asked the public for information about it.

Mike Lindell on Cancel Culture: 'We Have to Make a Stand and Not Back Down'