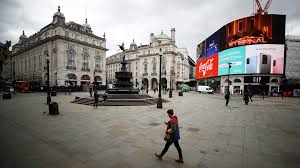 Today is the 80th anniversary of the climax of The Battle of Britain. After weeks trying to win air superiority and clobbering 11 Group airfields, the Luftwaffe were given orders to hit London with the biggest raids yet. Far from encountering a few ragtag squadrons cobbled together from the last patched up Spitfires and Hurricanes, London was in range of the RAF reserves held North of London. The RAF's full force hit the Germans and the Big Wings shot them down in droves.

Later this morning my home village will get a fly-past: the Supermarine Spitfire factory is just down the road, while Hamble's airfield was the base of the Spitfire-Girls, the Ladies of the Air Transport Auxiliary, who delivered the iconic fighters to RAF bases across the land. There is nothing like the sound of a Merlin engine to brighten up one's day.

What we remember today is the Blitz spirit, when the whole nation cheerfully rallied to face down the enemy menace. Our resilience then shocked and surprised the world.

As we wake to the news 700,000 UK jobs have been lost to Covid, and redundancies are rising at their fastest rate since 2008, its likely to get worse as the furlough programme ends, and the approaching winter ends our struggling efforts to staycation. Compare and contrast Winston's rhetoric in 1940 with Boris Johnson's incoherence today…

I'm sure it's just a coincidence, but British casualties from the Blitz that followed the Battle of Britain were around 43,000, a not dissimilar number to those who have died from Covid.

The official number of cumulative deaths in the UK ascribed to COVID this morning is 41,637.