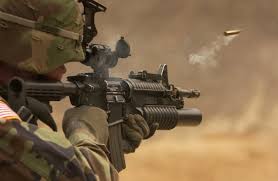 So said William Ruger about Afghanistan, our longest war.

What makes this statement significant is that President Donald Trump has ordered a drawdown by mid-October of half of the 8,600 troops still in the country. And Ruger was just named U.S. ambassador to Kabul.

The selection of Ruger to oversee the US withdrawal came as Gen. Frank McKenzie of Central Command announced plans to cut the US troop presence in Iraq from 5,200 to 3,000 by the end of September.

Is America, at long last, really coming home from the forever wars?

A foreign policy analyst at the libertarian Charles Koch Institute and a Naval officer decorated for his service in Afghanistan, Ruger has long championed a noninterventionist foreign policy.

His nomination tends to confirm that, should Trump win a second term, his often-declared goal of extracting America from the forever wars of the Middle East, unachieved in his first term, would become a priority.

Yet, we have been here before, bringing our troops home from Iraq and Afghanistan, only to send thousands back when our enemies seemed to be gaining the upper hand at the expense of the allies we left behind.

Still, this time, Trump's withdrawals look to be irreversible. And with the US deal with the Taliban producing peace negotiations between the Kabul government and the Taliban, America seems to be saying to both sides of this endless civil war: