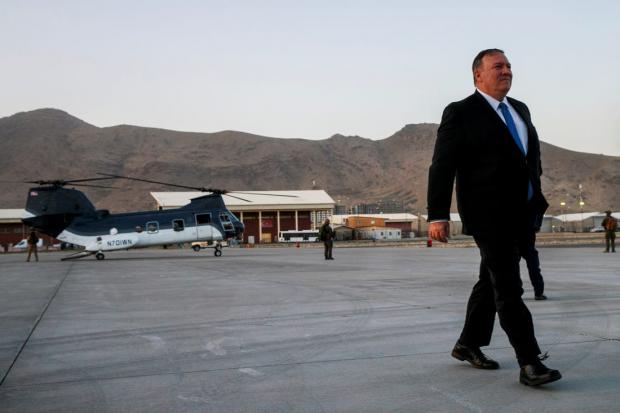 U.S. Secretary of State Mike Pompeo told Breitbart News exclusively — after meetings between Afghan government officials and Taliban leaders as part of the beginning of intra-Afghan peace negotiations — that the process is moving along on pace for a full withdrawal of all U.S. forces from Afghanistan by the spring of 2021.

"I do," Pompeo said when asked if the process is moving on pace with a Feb. 29 agreement between the United States and Taliban leadership that laid out the framework for the United States to reduce the troop count to zero by April or May of next year.

Pompeo told Breitbart News that the process for a full withdrawal of all U.S. forces by the spring of next year requires three main conditions of the Afghan government and Taliban leaders.

"The conditionality is really three-fold," Pompeo said. "One, there is an obligation they have with respect to foreign terrorist groups — primarily al-Qaeda, but all four terrorist groups — they are not permitted, and the language is very clear that they are not permitted and that they have to break with them. Second, they have to engage in these conversations in a way that is substantive and not just physically sit in the room, but they need to have serious conversations and begin to work their way through it. Then, third, they have a responsibility as part of that to ensure that outside actors don't act as spoilers for this, and there are many hands who would like to see this undone and would like to see America mired in Afghanistan for another 20 years. Both the Afghan government and the Taliban have a responsibility to prevent that. Those are the conditions, we'll measure them. There's a set of CT metrics that's pretty clearly laid out. We'll measure them and the president will make a decision if there's sufficient compliance to get us to zero. I think we're on a pathway to achieve that."