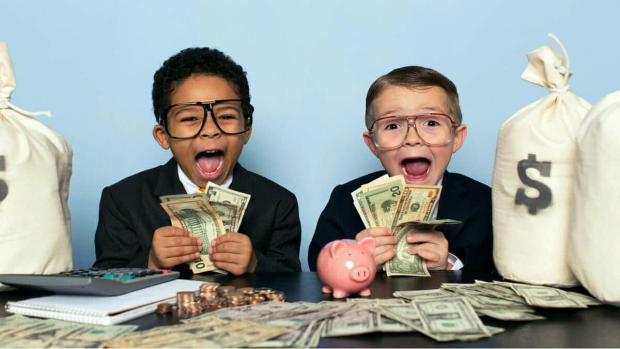 This graphic, using data from Bloomberg, ranks the 25 most wealthy families in the world. The data excludes first-generation wealth and wealth controlled by a single heir, which is why you don't see Jeff Bezos or Bill Gates on the list. Families whose source of wealth is too diffused or opaque to be valued are also excluded.

Intergenerational wealth is a powerful thing. It often prevails through market crashes, social turmoil, and economic uncertainty, and this year has been no exception.

The Waltons are the richest family on the list by far, with a net worth of $215 billion—that's $95 billion more than the second wealthiest family. Sam Walton, the family's patriarch, founded Walmart in 1962. Since then, it's become the world's largest retailer by revenue.

When Sam passed away in 1992, his three children—James, Alice, and Rob—inherited his fortune. Now, the trio co-owns about half of Walmart.

In second place is the Mars family, with a net worth of $120 billion. The family is well-known for their candy empire, but interestingly, about half of the company's value comes from pet care holdings. Mars Inc. owns several popular pet food brands, including Pedigree, Cesar, and Royal Canin—and it expanded its pet presence further in 2017 when it acquired VCA, a company with almost 800 small animal vet hospitals across the U.S. and Canada.