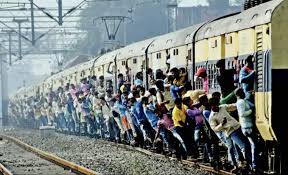 There was a time when New Delhi was proudly selling the notion of establishing its own New Silk Road – from the Gulf of Oman to the intersection of Central and South Asia – to compete with China's Belt and Road Initiative (BRI).

Now it looks like the Indians have stabbed themselves in the back.

In 2016, Tehran and New Delhi signed a deal to build a 628-km rail line from strategic Chabahar port to Zahedan, very close to the Afghan border, with a crucial extension to Zaranj, in Afghanistan, and beyond.

The negotiations involved Iranian Railways and Indian Railway Constructions Ltd. But in the end nothing happened – because of Indian foot-dragging. So Tehran has decided to build the railway anyway, with its own funds – $400 million – and completion scheduled for March 2022.

The railway was supposed to be the key transportation corridor linked to substantial Indian investments in Chabahar, its port of entry from the Gulf of Oman for an alternative New Silk Road to Afghanistan and Central Asia.

Upgrading rail/road infrastructure from Afghanistan to its neighbors Tajikistan and Uzbekistan would be the next step. The whole operation was inscribed in a trilateral India-Iran-Afghanistan deal – signed in 2016 in Tehran by Indian Prime Minister Narendra Modi, Iranian President Hassan Rouhani and then Afghan President Ashraf Ghani.