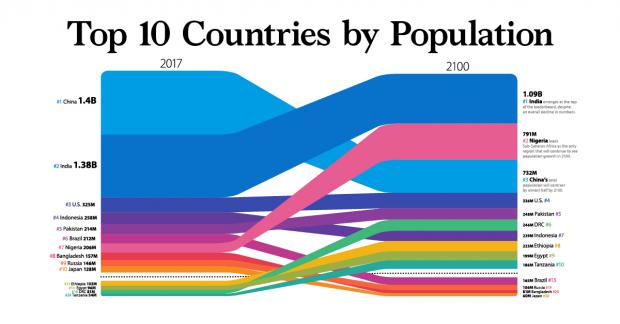 Living at a time when birth rates were high and populations were expanding, they wanted to determine how demographic growth changed wages, savings, and output; which classes benefited; and whether a larger population was a long-term blessing.

Two centuries on, Peter Peterson, in his book Gray Dawn, warns that we might pose a different question: What happens to the wealth of nations when the populations get old and begin to shrink?

The Twin Pressures of Population Growth and Diminishing Available Resources

In his book Revolution and Rebellion in the Early Modern World, the historian Jack Andrew Goldstone argues that the great revolutions of Europe — the English and French revolutions — had one thing in common with the great rebellions of Asia that destroyed the Ottoman Empire and dynasties in Japan and China.

All these crises occurred when inflexible political, economic, and social institutions were faced with the twin pressures of population growth and diminishing available resources.