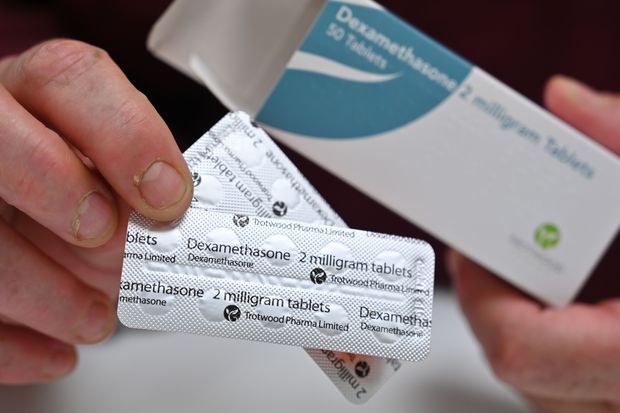 For the last 2 months, we've been wondering: whatever happened to that British study purporting to show surprising efficacy of cheap steroid dexamethasone in treating COVID-19?

While we suspected that drug companies working on vaccines and fancy new treatments (see Gilead's questionably effective remdesivir) might secretly be working to undermine this type of research for fear it might interfere with "innovation" their bottom lines, on Wednesday, a group of doctors brought together by the WHO published a report analyzing several studies on the effectiveness of steroids in treating late-stage COVID-19.

The studies, which involved a total of 1,700 patients, apparently show that a number of cheap, plentiful corticosteroids (anti-inflammatory drugs that can damp the effects of an overactive immune system) helped lower COVID-19-related mortality by roughly one-third, compared with the 'control' group that didn't receive the medication.

The paper published by JAMA featured a meta-analysis performed by the group of scientists and doctors encompassing seven studies done between February and June. All the studies evaluated the use of the commonly used steroid drugs dexamethasone, hydrocortisone and methylprednisolone. The study found relatively consistent benefits for using the drugs in severely ill patients: Of 678 severely ill patients who received steroids, 32.7% died, compared with 41.5% of patients receiving either the usual care, or a placebo (depending on the study).