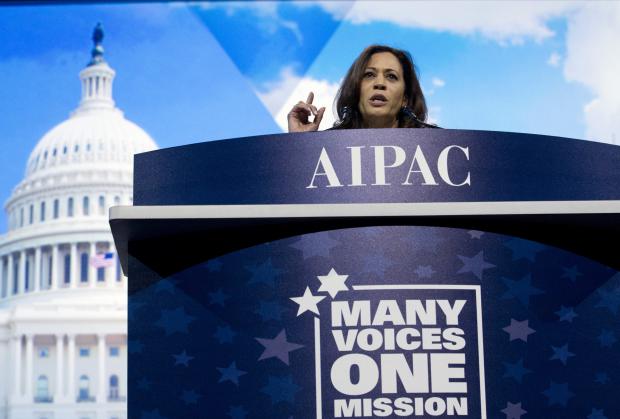 Democratic vice-presidential candidate Kamala Harris reiterated that Joe Biden will not impose any conditions on US aid to Israel, saying that assistance would not be linked to "any political decision" made by the Israeli government.

Her remarks, about eight weeks before the election, come at a time when the right-wing government of Prime Minister Benjamin Netanyahu is still considering annexing large parts of the occupied West Bank.

"Joe has made it clear he will not tie security assistance to any political decisions that Israel makes, and I couldn't agree more," Harris told a virtual fundraiser with Jewish-American voters on Wednesday.

That California senator went on to promote Biden's "unwavering support" for Israel and his role in securing military assistance for the Israeli government when he served as Barack Obama's vice president.

"I pledge to you the Biden-Harris administration will sustain our unbreakable commitment to Israel's security, including the unprecedented military and intelligence cooperation pioneered during the Obama-Biden administration and the guarantee that Israel will always maintain its qualitative military edge," Harris said.

Can William Burns Change the CIA?