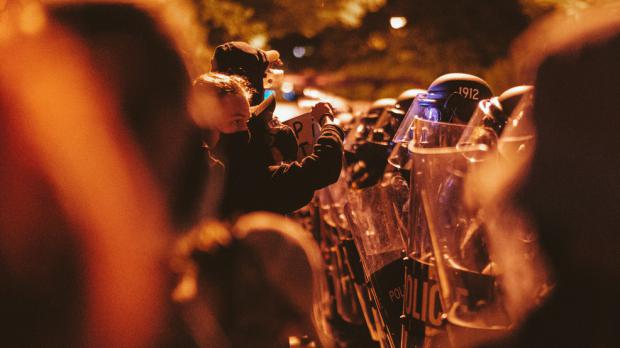 The charges can now be dropped from a felony to a misdemeanor if the officer is not harmed during the altercation, ABC 8 reported.

The bill was introduced by Democrat Scott Surovell and eliminates mandatory minimum sentences for assault and battery charges against not just police - but also judges, magistrates correctional officers and firefighters. Basically, anyone tasked with making sure that Scott Surovell is kept safe in his community.

He argued that a felony is "too harsh" of a penalty since it carries a 6 month minimum sentence.

Now, judges will be able to overturn the Felony and make the charges a misdemeanor, though given the bill's provisions, we're not sure why they would.

Senate Democratic Caucus Chair Mamie E. Locke supported the proposed legislation, saying that that it will show people protesting for racial justice that they are being heard. Yeah, and encouraged to assault police officers.

"Now is not the time for never, we're dealing with now," Locke commented. Sure - whatever that means.

Surovell, making excuses for criminals being apprehended by law enforcement, said that the charges often happen as a result of an arrest that "becomes unnecessarily aggressive."

Sen. Amanda Chase called the bill "an attack on our law enforcement." It will go to the House of Delegates, where Democrats hold a 10 seat majority.