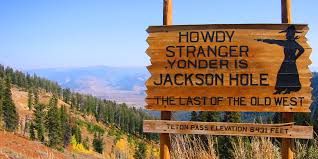 This theme this year is "Navigating the Decade Ahead: Implications for Monetary Policy", and one of the key highlights will be Fed Chair Powell's speech on Thursday on the topic of the monetary policy review. As DB's Henry Allen writes, the bank's US economists note that while it's possible that the policy review results will be released along with Powell's appearance, they think it's more likely that he summarizes the key findings and outlines the likely implications for the Fed moving forward. They think instead the review results won't be released until the next meeting in mid-September. In addition to Powell, central bank watchers will have plenty of other speakers to look out for at the gathering, including Bank of England Governor Bailey, ECB chief economist Lane, and Bank of Canada Governor Macklem.

Turning to politics, attention will also be on the Republican National Convention taking place this week from Monday to Thursday, even if there aren't likely to be as many market-moving headlines compared to Jackson Hole. Nevertheless, a CNN report said that President Trump would be appearing on every night of the convention, according to a Republican familiar with the convention planning, on top of his own speech planned for the Thursday night. So that could generate some news depending on the nature of any remarks. There are just over 10 weeks to go now until election day on November 3rd, and according to the polling averages, President Trump continues to lag behind Biden.