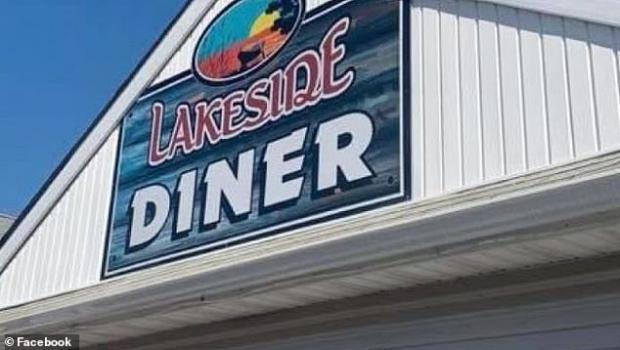 The owners of a New Jersey diner have continued to defy state orders and local police in order to allow indoor dining - even after the police turned up to change the locks to their restaurant.

Couple, Brian and Debbie Brindisi, told NJ.com that they received a call from their alarm company on Friday morning around 4.30am notifying them that three doors at the Lakeside Diner had been broken into.

Debbie said they immediately went to the establishment where they found deputies from the Ocean County Sheriff's Office, a locksmith and the Lacey Township police.

She said they were in the process of changing the locks when her husband, Brian, managed to get inside.

By 7am, the Brindisis had opened their restaurant to diners eating inside and out.

According to NJ.com, the couple have opened their doors to indoor dining since June in order to stay financially afloat amid the coronavirus pandemic.