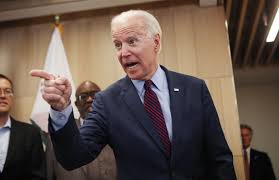 Though it can be hard to look past the unprecedented disruption brought on by the coronavirus disease 2019 (COVID-19) pandemic, Americans across the country are just 72 days away from heading to their local voting booths or mailing in their ballots for Election Day. As we learned from 2016, a lot can change in a matter of weeks. But as things stand now, nearly all polls suggest that Democratic Party nominee Joe Biden will unseat incumbent Republican Donald Trump for the presidency come November.

While there's still a lot to be decided -- 10 weeks is an eternity in the political landscape -- Biden's lead in the polls has brought his policies into greater focus. In particular, voters and economists are beginning to hone in on Biden's tax plan, which aims to raise between $3.3 trillion and $3.7 trillion in additional federal tax revenue over the next decade if implemented fully in 2021.

Here are the 12 big tax law changes the former vice president is calling for.

1. An increase in the corporate tax rate

Arguably the biggest change from Donald Trump's hallmark Tax Cuts and Jobs Act (TCJA) would be the partial undoing of the tax cut passed along to corporations. Under the TCJA, the peak marginal corporate tax rate was slashed from 35% to 21%. Under the Biden tax plan, the corporate tax rate would be increased to 28%. You'll note this is still well below where it was during the Obama presidency.

Increasing the corporate tax rate to 28% should be responsible for raising roughly a third of the $3.3 trillion to $3.7 trillion in estimated extra revenue over the next decade.