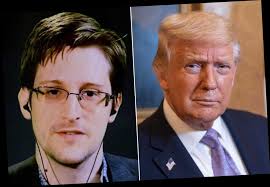 "There are a lot of people that think that he is not being treated fairly. I mean, I hear that," Trump told The Post in an exclusive interview in the Oval Office, before soliciting views from his staff.

Trump commented on Snowden for the first time as president after accusing former President Barack Obama of spying on his 2016 campaign.

Trump's comments reflect a remarkable softening in his views about the man he once deemed a "traitor" worthy of execution. Republican lawmakers and the Justice Department's inspector general recently highlighted misuse of the Foreign Intelligence Surveillance Act and the secret FISA court to surveil former Trump adviser Carter Page.

How To Tackle The Depression Head On