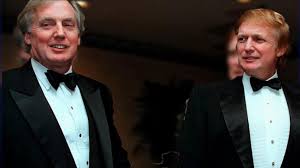 Robert Trump, the younger brother of President Donald Trump, has been hospitalized in New York, sources told ABC News, a development confirmed by the White House.

The details of his condition remain unknown though he is described by several sources as "very ill."

"I have a wonderful brother. We've had a great relationship for a long time, from day one," Donald Trump told reporters. "And he's in the hospital right now, and hopefully he'll be alright, but he is pretty -- he's having a bad time."

Sources told ABC News the president is expected to visit his brother today, though final details were still being worked out.