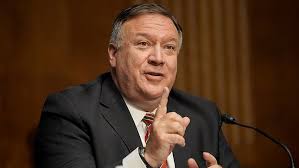 Workers with the Institute in America will not be kicked out but top U.S. diplomat for East Asia David Stilwell said universities should take a "hard look at the activities they are engaging in on campuses," as reported by WKZO.

Today, the Department of State designated the Confucius Institute U.S. Center as a foreign mission of the PRC, recognizing CIUS for what it is: an entity advancing Beijing's global propaganda and malign influence campaign on U.S. campuses and K-12 classrooms. Confucius Institutes are funded by the PRC and part of the Chinese Communist Party's global influence and propaganda apparatus.

Watch: Professor Lectures Students Not To Vote For "Dictator" Trump

"We Have Our Options": Pelosi Doesn't Rule Out Impeachment Over Supreme Court Pick