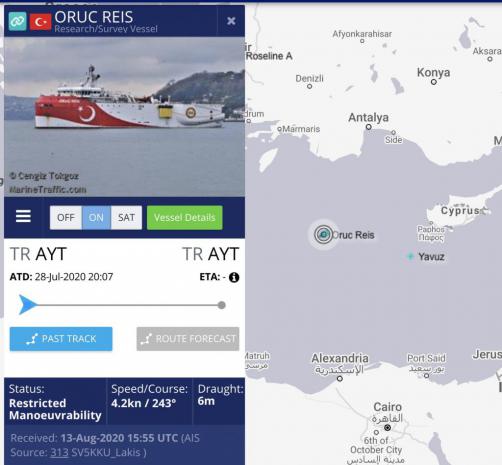 During a televised news conference on Thursday Erdogan accused Greece of an 'attack' on one of its naval vessels escorting the exploration ship Oruç Reis.

"We have already told them that if they attack Oruç Reis, in response, there would be a heavy price to pay. And we have given the first response today," reported Turkish state media.

France has moved ships and aircraft into the area to support Greece in its conflict with the Islamist regime, which guards NATO's southern flank since the 1950s.

Greece's prime minister warmly thanked France Thursday for boosting its military presence in the eastern Mediterranean, where Greek and Turkish warships are closely shadowing each other over a Turkish energy exploration bid in waters Athens claims as its own, reported The Christian Science Monitor.