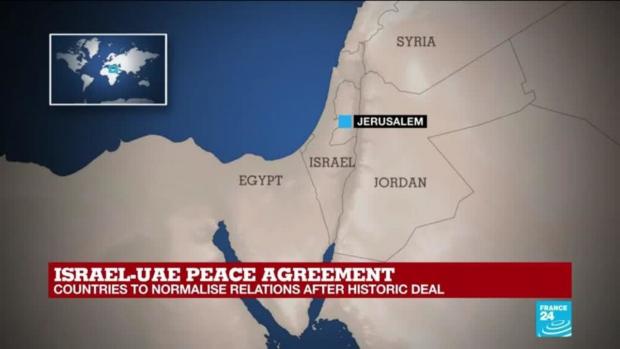 Israel and the UAE agreed to full normalization of relations in a phone call with US President Donald Trump on Thursday, marking the first peace treaty between Israel and an Arab country in 25 years.

Israel agreed to suspend its planned extension of sovereignty over parts of Judea and Samaria to facilitate relations with the UAE and potentially other Arab and Muslim countries.

The agreement will include establishing embassies and exchanging ambassadors, investments into the Israeli economy, trade, direct flights between Tel Aviv and Abu Dhabi, an investment in Israeli efforts to develop a coronavirus vaccine – as first reported in The Jerusalem Post last month – and cooperation in matters of energy and water. An important element of the deal for the UAE is the expectation that its citizens would be able to visit the Al-Aksa mosque in Jerusalem.
Prime Minister Benjamin Netanyahu called the deal "full, formal peace" with "one of the strongest countries in the world."

"Together we can bring a wonderful future. It is an incomparably exciting moment," Netanyahu said. "I have the great privilege to make the third peace treaty between Israel and an Arab country, the UAE."