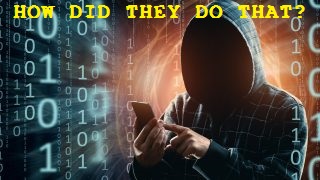 Federal officials said Thursday the $2 million seized is the United States' largest confiscation of cryptocurrency in the context of terrorism.

"Two million dollars is a lot of equipment that they can buy, a lot of weapons, a lot of training that they can fund, a lot of tickets to fly people around the world," Assistant Attorney General John C. Demers told reporters. "This is going to make a big difference in their operation."

In a statement, the Justice Department said U.S. authorities obtained warrants to seize the money as well as 300 cryptocurrency accounts, four websites and four Facebook pages the three terror groups used as part of their cyber-enabled campaigns to generate funds.

Federal prosecutors said the three campaigns relied upon sophisticated cyber-tools to solicit cryptocurrency and donations from around the world, demonstrating how they have adapted their financing activities.