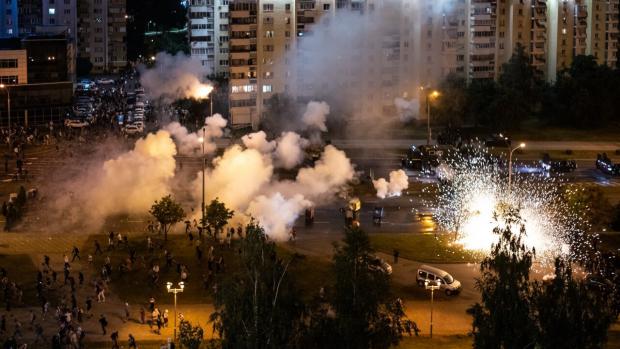 On August 9, the country held presidential elections and saw a dramatic increase of activity of opposition forces. The mobilized opposition and the wide-scale pro-opposition campaign in international and local media that took place exploited the existing issues in the economic and social sphere of the country as well as the general dissatisfaction of a part of the population with the corruption and fossilized elites, represented by acting President Alexander Lukashenko.

Despite this, preliminary results showed that Lukashenko received approximately 80% of votes, while the opposition candidate Svetlana Tikhanovskaya received about 10% of the ballots. Over 4% of voters chose the "against all candidates" option. The election turnout was 84.23%. Even if one imagines mass falsifications during the election process, that may lead to a 15-20% increase of the result of Lukashenko, the election became a major failure for opposition forces.

Nevertheless, the history of various coups around the world demonstrates that a consolidated and well-coordinated aggressive minority can seize power if it faces no proper response to its actions from the government. Such situation happened during the so-called 'Maidan' coup in Ukraine in 2014, when an aggressive group of radical nationalists supported by foreign forces exploited the criminal inaction of the Yanukovich government. The overwhelming majority of the population did not support the coup and the further violence that expanded throughout Ukraine. Nonetheless, the silent majority became a victim of the aggressive and vocal minority.

Calls to boycott 'woke' Costco after it pulls popular Palmetto Cheese from 120 stores...

Lunar Crater Telescope Would Be Ten Times the Area of Arecibo