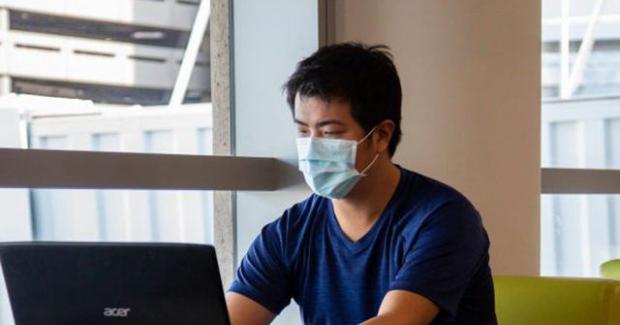 The latest example comes to us from the Wisconsin's Department of Natural Resources, who told its employees that effective August 1, they would have to wear a mask - even for teleconferences.

Preston Cole of the DNR said in an e-mail to employees: "Also, wear your mask, even if you are home, to participate in a virtual meeting that involves being seen — such as on Zoom or another video-conferencing platform — by non-DNR staff. Set the safety example which shows you as a DNR public service employee care about the safety and health of others."

Gov. Tony Evers had put a mask order in place effective August 1 that mandates masks are to be worn whenever a person is in an enclosed space other than a private residence.

DNR spokeswoman Megan Sheridan told the Kansas City Star: "By wearing a mask while video conferencing with the general public, we visually remind folks that masking is an important part of navigating the business of natural resources during this tumultuous time."

Even the CDC doesn't recommend wearing a facemask while social distancing at home under most conditions.

Sheridan concluded, justifying the idiotic policy: "We ask staff to wear masks when on externally facing calls is that, taken out of context, a screenshot of a staff person or high ranking department official, if not properly attributed, could be misinterpreted to suggest that state employees are not properly following the Governor's directive."