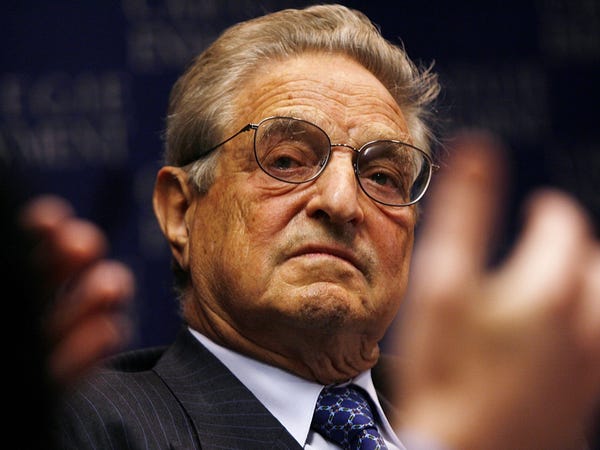 Billionaire financier and political puppeteer George Soros says he's no longer invested in financial markets - admitting to Italy's La Repubblica that we're caught in a bubble fueled by Fed liquidity, and that ever since he shared his methodology in his book, "Alchemy of Finance," he no longer has an advantage.

Soros explained that "two simple propositions" drove his investment strategy, according to MarketWatch.

He went on to say the market, which he no longer participates in, is sustained by the expectation of more fiscal stimulus along with hopes Trump will announce a vaccine before November. -MarketWatch

"We are in a crisis, the worst crisis in my lifetime since the Second World War. I would describe it as a revolutionary moment when the range of possibilities is much greater than in normal times. What is inconceivable in normal times becomes not only possible but actually happens. People are disoriented and scared. They do things that are bad for them and for the world," he told the outlet.