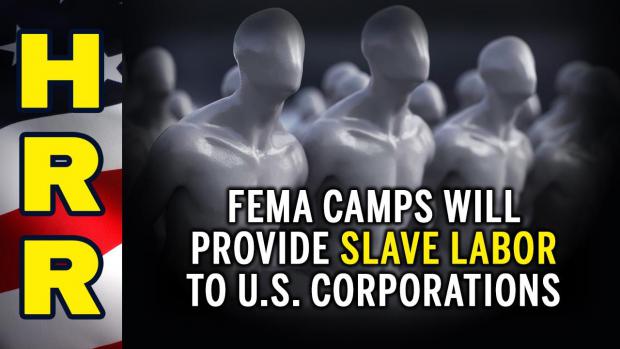 (Natural News) Read your history and learn. You can't have a significant manufacturing base in any nation without "slave wage" labor. It was China's dirt-cheap labor (and horrific worker safety and environmental practices) that made China the manufacturing hub of the world over the last 40 years, but with the Trump administration now systematically severing ties with communist China (for good reason), millions of manufacturing jobs are going to be coming back to America.

You didn't really think all those jobs were going to be upgraded from China's 25-cents-per-hour wages to upscale $25-per-hour salaries in America, did you?

Here's a question to ponder: Who's going to work in the U.S. factories when nearly the entire domestic labor pool consists of hyper-privileged, unskilled, labor-averse people who have already grown used to being paid thousands of dollars a month by the federal government to sit at home and do nothing? They whiny, coddled Millennials all think they're going to be billionaires trading on Robinhood. They have no desire to work in your factories (and they don't have the skills to even handle a real factory job anyway).

So where is the labor force going to come from to power the return of manufacturing in America?

The answer is simpler than you think: FEMA camp labor.

In the same way that the U.S. prison system provides "slave wage" labor to politically connected corporations right now, FEMA camps are gearing up to function as work camps, where inhabitants are offered food and shelter in exchange for their factory labor output.

Oh, you didn't know the U.S. prison system is largely a for-profit corporate-influenced slave labor work camp operation that kicks back profits to court judges? If you didn't know that, you're already way behind the curve. I don't have the time or space to educate you here about reality. Do your homework and upgrade your knowledge, or you won't last much longer as the world's economies are engineered into a controlled demolition.