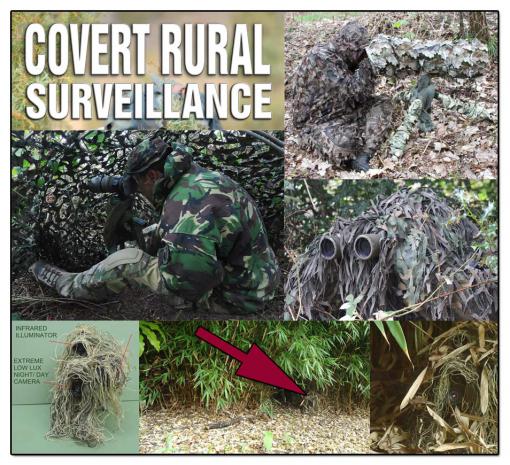 The vast majority of Americans assume law enforcement needs a warrant to carry out surveillance, but for roughly a century, the U.S. Supreme Court (SCOTUS) has ruled that private land—is not so private. Fourth Amendment protections against "unreasonable searches and seizures" expressed in the Bill of Rights only apply to an individual's immediate dwelling and curtilage, according to SCOTUS. Curtilage is an arcane term loosely translated as the area directly around a home, or the yard.

In 1924, Hester v. United States set up the Open Fields framework and said the U.S. Constitution does not extend to most land: "the special protection accorded by the Fourth Amendment to the people in their 'persons, houses, papers, and effects,' is not extended to the open fields." Significantly, Open Fields is translated beyond its literal sense, and basically is defined as general acreage: woods, fields, farmland, barren ground, and more.

Further, in 1984, SCOTUS gave additional strength to Open Fields in Oliver v. United States: "open fields do not provide the setting for those intimate activities that the Amendment is intended to shelter from government interference or surveillance. There is no societal interest in protecting the privacy of those activities, such as the cultivation of crops, that occur in open fields."

1 Comments in Response to Think cops need a warrant to place cameras on your property? Oh child,...you are so naive!

Place fences around your land with notices attached to the fences. --- NOTICE: Use of this land by unauthorized persons is subject to $10,000 per minute user fee, plus damages and expenses accrued from the damages, plus court costs. Any unauthorized equipment found on the land belongs to the owner. --- I'm sure your attorney can figure out better, more inclusive wording.

NO PRIVACY, NO PROPERTY: THE WORLD IN 2030 ACCORDING TO THE WEF

The True Victims of the Chicago Riots