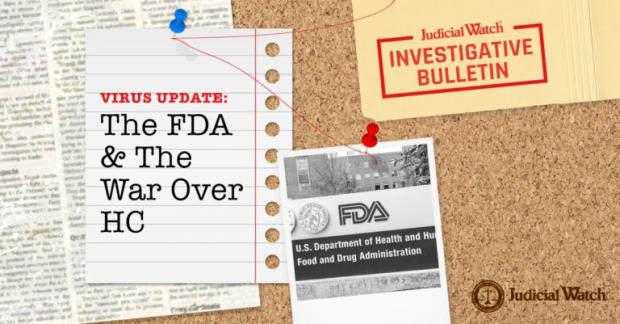 There are other believers too. The Second Opinion Project today will deliver to the White House a letter from over 700 doctors asking that HC be made widely available. The doctors target the Food and Drug Administration's erratic regulation of HC availability to medical professionals and the public.

"You do not need initials after your name to understand that if you restrict a life-saving medicine, more patients will die," the doctors write. "And then, if you un-restrict it, fewer patients will die."

As in-depth clinical studies of the drug grind on, so does the war over HC. Sources tell Judicial Watch that resistance to HC inside the Trump Administration is strong, with ongoing battles between the White House and several government agencies—particularly the FDA.