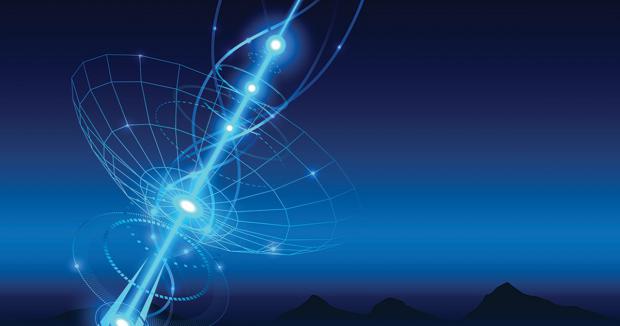 One of the most basic properties of light is that it changes speed and direction in different substances, such as water or air. This process, known as refraction, explains why a glass prism splits light into many colors and why a pool may appear shallower than it really is when viewed from a deck or diving board.

Now, scientists have managed to defy this photonic principle with a special laser made of "spacetime wave packets" that do not slow down in denser materials, according to a recent study published in Nature Photonics. In fact, this new class of lasers can actually accelerate in a dense medium, among its many other optical superpowers.

Scientists led by Ayman Abouraddy, a professor of optics and photonics at the University of Central Florida, created these bizarre laser beams by linking their optical properties in both space and time, a tactic that unveiled "unexpected phenomena," according to the study.

"What happens when you go into a laser beam and manipulate the space and time aspects and correlate them with each other; connect them with each other?" Abouraddy said in a call. "Turns out, pretty much everything we know in optics is out of the window."

You might be scratching your head over what constitutes the spatial and temporal aspects of a laser beam in the first place, and why they are normally kept separated.

I See A Ray Of Light

Bone Broth Strengthens Immunity, Body, and Joints, And You Don't Need To Spend A Bunch To Make I