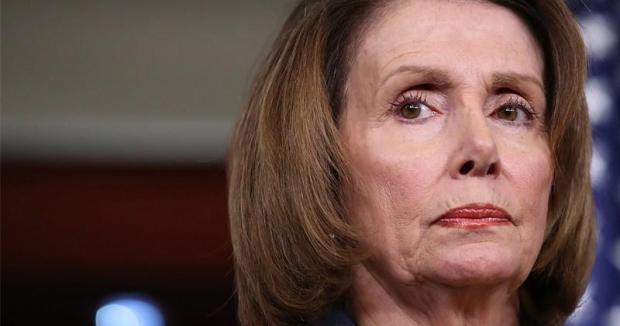 We haven't even reached the DNC convention in Milwaukee and it looks to me like this election season is over.

I know the polls keep trying to convince me that Joe Biden, most likely suffering from dementia, is leading President Trump but I just don't buy it.

And neither do the Democrats.

Because if they did they wouldn't be so desperate to push through unlimited mail-in voting as their political hill to die on.

And die on it they have.

Speaker Nancy Pelosi held up a new round of stimulus legislation over this issue. The massive gap between the GOP and DNC proposals highlight only part of the political divide between the two sides (see graphic, H/T Zerohedge).

The real divide was in enshrining in law the kind of mail-in voting which would ensure near unlimited cheating and ballot harvesting which would give the Democrats their best chance at "winning the election."

Pelosi thought she had Trump cornered on this because he had to cave to spend that $1.7 trillion he's already collected through treasury auctions which prove the Big Lie that the dollar is about to die false.

But all he had to do was make payroll tax irrelevant for a majority of taxpayers in this country.

How To Tackle The Depression Head On

Buchanan: Is Peace At Hand In The Middle East?

Does Edward Snowden Deserve A Pardon?

To Trump Aides: You Have no Idea How deep the CDC Scandals Go