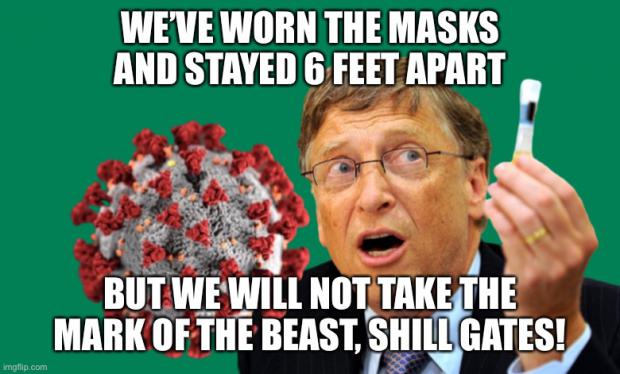 Former FDA Director Scott Gottlieb, who has been kicking himself for leaving the Trump Administration to spend more time "with family" late last year - only to miss out on what could have been a career-making turn as the nation's corona-savior - and trying to compensate by appearing on "Squawk Box" and myriad other cable-TV shows as a certified "expert", has some doubts about Russia's new COVID vaccine.

And that's hardly surprising. Since, to be fair, Gottlieb has expressed doubts for certain data dumps from Moderna and others which he has dubbed premature. Though it's also worth noting that he's on the board of Pfizer, a big-pharma giant that is working on its own COVID vaccine, having benefited from billions in promised and substantiated funding from the US government.

During Tuesday's appearance on CNBC's "Squawk Box", Gottlieb weighed in on the COVID issue du jour: the newly registered Russian vaccine, which President Putin has touted as a 'first in the world' accomplishment.

Gottlieb has his doubts:

"I wouldn't take it, certainly not outside a clinical trial right now, it appears it has only been tested in several hundreds patients at most," Gottlieb complained. He also warned that the "adenoviral vector" used by the Russian scientists is similar to the strategy being pursued by CanSino. And Gottlieb alleged the data out of the CanSino trial has been 'suboptimal'.

But it's not just the lack of clinical data that bothers Gottlieb: the adenoviral vector used by the Russian vaccine is also being used by CanSino, a Chinese pharma giant working on its own vaccine. Gottlieb says the data released from CanSino so far "hasn't been great"...and since Russia hasn't released much in the way of any data, Gottlieb says it's fair to question the results touted by the Russian government.

Gottlieb, however, did concede that it's "not a trivial vaccine," noting the complexity of the adenoviral vector. Still, "it's not at all clear how efficacious the Russian adenovirus vaccine is going to be".

*Putin declares that Russia has an approved #coronavirus vaccine.
*He says one of his daughters has already received the treatement.
*"She's feeling well and has high number of antibodies."
*Experts are skeptical.https://t.co/QY1cb7lMOe pic.twitter.com/cFZOvonLv7