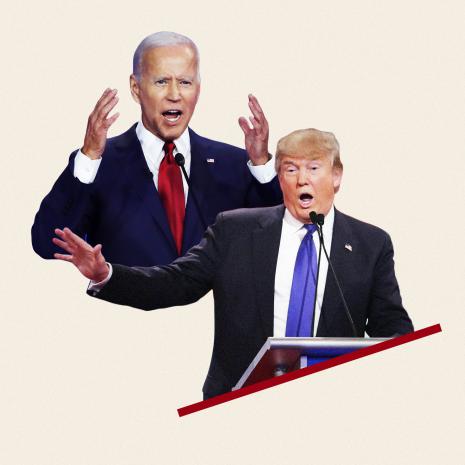 President Donald Trump's efforts to influence the timing and makeup of this fall's presidential debates, some of the last planned events with the power to shift the trajectory of the campaign, have been rejected, with both the independent debate commission and the Biden campaign showing no interest in altering course.

But that has not stopped Trump from trying to gain advantage by making the debates a top-tier issue, as he and his advisers circulate unfounded claims that Joe Biden may try to dodge the events and suggest that the Democrat may try to cheat by using notes if the sessions are held virtually.

"I would be highly surprised if Joe Biden actually went through with all three debates," Trump campaign senior adviser Jason Miller said Friday. "I think their strategy will be to show up to one, show that he is able to function and then pull the plug on any additional debates."

Biden pledged in June to attend all three of the scheduled debates, a commitment that the president only matched in a letter Thursday, after the debate commission rejected a request to use a list of Trump-approved moderators and move up the timing of the debates. The Biden team has taken to mocking the Trump campaign's effort to shape the rules and timing of the events, with one Biden aide suggesting that the president and his staff can Google the phrase "be there" if they have any questions.

"The Trump campaign's attempt to create a debate about debates is as phony as the president's claim that coronavirus will vanish on its own," Biden campaign spokesman Andrew Bates said. "It's unsurprising they have adopted this embarrassing tactic."