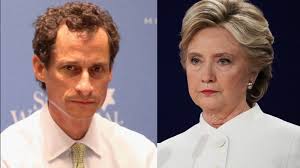 Anthony Weiner is alive. Weiner shared the laptop with his estranged wife, Huma Abedin, a close aide to Hillary Clinton since 2000. She has managed to stay alive as well.

Mysterious deaths seem to be a common aspect in the Washington D.C. circle of VIP's. NYPD is not even immune from persecution.

Of course, the "Powers That Be," never expect anyone to put the pieces of the puzzle together, when they do, those people commit suicide, or have tragic accidents.

Two state senators murdered in their own homes? It doesn't stop there.

The NYPD inadvertently discovered the laptop while conducting an investigation into allegations that Anthony Weiner was "sexting" a minor, who reportedly resides in another state.

What the NYPD Investigators did not expect to run into, was hundreds of thousands of emails pertaining to Hillary Clinton, a 2016 Presidential Candidate and her close advisers.

Shocking evidence of such criminality has been found on ex-congressman Anthony Weiner's laptop computer, claim the sources, which was seized from him by NYC officials investigating his allegedly having sent sexually explicit texts to a 15-year-old girl.

Moreover, Hillary Clinton's "crew" supposedly includes not just close aide and confidante Huma Abedin and her husband, Weiner, but other aides and insiders — and even members of Congress.