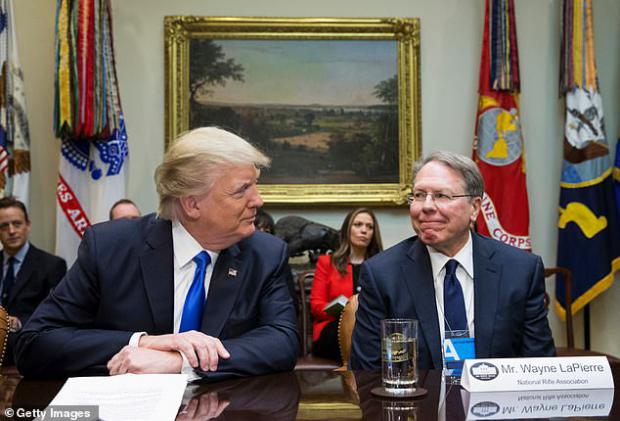 'That's a very terrible thing that just happened,' Trump said Thursday shortly after James made the high-profile announcement of her effort to dissolve the group and force it to jettison long-time head Wayne LaPierre.

'I think the NRA should move to Texas and lead a very good and beautiful life,' Trump said of the group, which has its headquarters in Richmond, Virginia not far from Washington, D.C.

Trump also fired off a tweet trying to connect Jame's prosecutorial action, less than 100 days before the election, with his political rival Joe Biden.

'Just like Radical Left New York is trying to destroy the NRA, if Biden becomes President your GREAT SECOND AMENDMENT doesn't have a chance,' Trump said, wrote. 'Your guns will be taken away, immediately and without notice. No police, no guns!' he added.

Trump also hammered Biden on guns in remarks in Ohio, where his original greet Gov. Mike DeWine had to cancel an appearance after testing positive for the coronavirus.