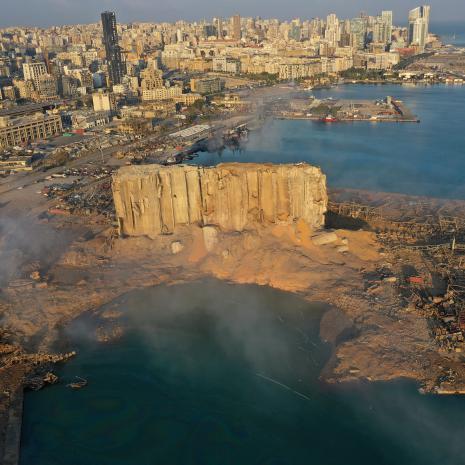 Huge disaster, investigation underway, on face value was caused by utter negligence, corruption and incompetence of Lebanese state, but I am one of those that has been stressing that the enemies could have exploited this state negligence and corruption to trigger this disaster through sabotage. Few simple reasons for this, including:

b) the site of the explosion, Port of Beirut, was the transit through which 50-80% of Lebanon's commodity and trade needs were met

d) Israeli officials few days ago were warning the Resistance that if they struck Israeli army targets (a response to recent Israeli crimes by Resistance was imminent), Lebanon's infrastructure will be targeted

e) one year ago exactly Israel's ambassador to UN said at the Security Council that the Port of Beirut had become 'Hezbollah's Port'. Lebanese ambassador said this was a direct threat to Lebanon's civilians and security

Why There Are So Many Wildfires in California, but Few in the Southeastern United States

'The Truth In 11 Minutes': Detailed Breakdown of the Kyle Rittenhouse Shooting

Calls to boycott 'woke' Costco after it pulls popular Palmetto Cheese from 120 stores...