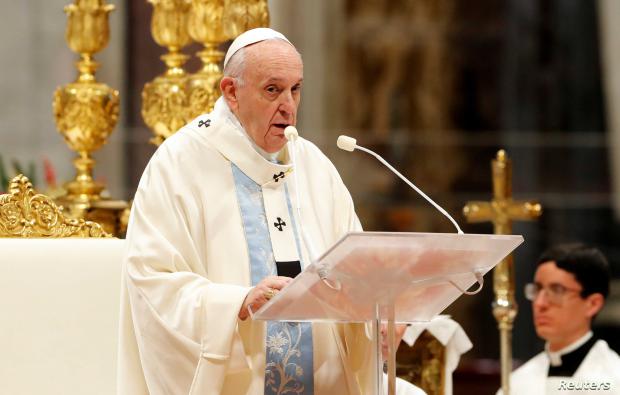 Pope Francis has appointed six women to oversee the Vatican's finances including Ruth Kelly, the former Labour minister, in the most senior roles ever given to women within the Catholic church's leadership.

The appointments mark the most significant step by Francis to fulfil his promise of placing women in top positions. Until now, the 15-member Council for the Economy was all male. By statute, the council must include eight bishops – who are always men – and seven laypeople.

"That six are women is a pretty big quota," said Joshua McElwee, the Vatican correspondent for the National Catholic Reporter. "But the important thing here is that these six women are part of a group that essentially oversees all of the financial activities of the Vatican, so obviously that's a pretty top-level group."

The female appointees are all European and have high-profile financial backgrounds. Leslie Ferrar, a former treasurer to Prince Charles, is the other British woman among the team. The other women are Charlotte Kreuter-Kirchhof and Marija Kolak, both from Germany, and Maria Concepción Osácar Garaicoechea and Eva Castillo Sanz, both from Spain. The only layman on the council is Alberto Minali, a former director general at Generali, the Italian insurance company.

When Will Christians Again Make Their Appeal To Heaven?