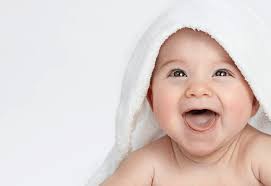 Two interesting changes noted by doctors around the world are a dramatic reduction in premature births1,2,3,4,5 and sudden infant death syndrome (SIDS). As explained by the Decan Herald:6

"About 1 in 10 US babies is born early. Pregnancy usually lasts about 40 weeks, and any delivery before 37 weeks is considered preterm. The costs to children and their families — financially, emotionally and in long-term health effects — can be great.

According to the Centers for Disease Control and Prevention, babies born premature, especially before 32 weeks, are at higher risk of vision and hearing problems, cerebral palsy and death. The best way to avoid these costs would be to prevent early births in the first place."

Curiously, during March and April this year, while most of the world enforced more or less strict stay-at-home orders, premature births plummeted by 90% in Denmark7 and 73% in Ireland,8 and nearly halved in Canada.9

Dr. Roy Philip, a neonatologist at University Maternity Hospital Limerick in Ireland, told the Deccan Herald10 he's "never seen anything like these numbers" in his two-decade career.

Unusual reductions have also been reported in other countries, including Australia, the Netherlands and the U.S. The Vanderbilt Children's Hospital in Nashville, Tennessee, for example, had about 20% fewer preemies than is typical for March.11 As noted in the Irish study, posted on the preprint server medRxiv June 5, 2020:12

"An unprecedented reduction in [preterm birth] PTB of [very low birth weight] infants was observed in one health region of Ireland during the COVID-19 lockdown. Potential determinants of this unique temporal trend reside in the summative socio-environmental impact of the COVID-19 dictated lockdown.

Our findings, if mirrored in other regions that have adopted similar measures to combat the pandemic, demonstrate the potential to evaluate these implicated interdependent behavioral and socio-environmental modifiers to positively influence PTB rates globally."

Why Have Premature Births Dropped?

It's still not known why the premature birth rate has dropped so dramatically. Doctors discussing the issue on social media13 with their associates have brought up the possibility that it might be because pregnant women have had more rest and less work stress.

While one can hardly say the pandemic has brought a general reduction in stress — quite the opposite — pregnant women may still have felt greater than normal support from family members.

Perhaps they got greater amounts of sleep. Staying at home may also have protected them against infections in general, which can increase your risk of pregnancy complications. Other possibilities include a significant reduction in air pollution.

Could It Be Related to Fewer Maternal Vaccinations?

One factor that has not been openly addressed is the reduction in maternal vaccinations. While I've not been able to locate any statistics on maternal vaccination rates before and during the pandemic, it seems reasonable to assume that many may not have gotten otherwise routine vaccinations for the simple fact that non-emergency medical appointments were, in many areas, during certain timeframes, canceled.

Health officials have also expressed worry about dropping childhood vaccination rates during the pandemic,14 so it's likely (but not confirmed) that maternal vaccination rates have declined as well. In California, for example, childhood immunization rates plunged by 40% in the weeks after the first lockdown orders went into effect.15

While the scientific evidence is far from conclusive, some studies suggest maternal vaccinations might raise the risk of preterm birth. One such study,16 published in the journal Pharmacy World & Science in 2007, found it raised the risk by anywhere from 4% to 25%, or 14% on average. According to this paper:17

"Data mining had indicated that maternal vaccination (among other factors) might be related to preterm birth. The following regression analysis showed that, the women who reported being vaccinated shortly before or during gestation had a slightly higher risk of giving preterm birth (O.R. = 1.14; 95% CI 1.04–1.25) as compared to the non-vaccinated group.

Whether the association between maternal vaccination and the risk for preterm birth found here is causal or not deserves further studies. Data mining, especially with additional refinements, may be a valuable and very efficient tool to screen large databases for relevant information which can be used in clinical and public health research."