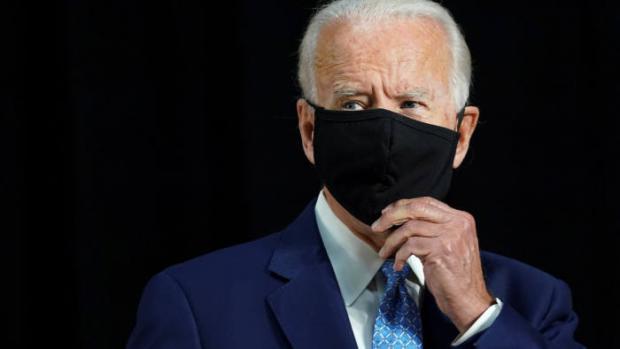 It's official: Joe Biden, the oldest (or some might say 'most seasoned'), presidential candidate in the modern history of the Democratic Party - a new kind of 'placeholder' who has already promised to serve just 4 years before gliding off into retirement (which is one reason why the hunt for his VP has become such a closely watched ordeal) - will be spared the traditional prime-time convention speech when he accepts the nomination later this month.

WSJ and a spate of other media outlets are reporting, citing anonymous insiders close to the DNC and Biden campaign, that Joe Biden won't be traveling to Milwaukee to accept the nomination in person after it begins on Aug. 17 (it will run through Aug. 20). And it's not just Biden: On the advice of "health officials working for the party" - according to the NYT - no senior party officials will travel to Milwaukee for the convention, said Joe Solmonese, the chief party hack in charge of the convention.

"While we wish we could move forward with welcoming the world to beautiful Milwaukee in two weeks, we recognize protecting the health of our host community and everyone involved with this convention must be paramount," said Joe Solmonese, chief executive of the convention.

The decision will essentially transform the convention into an entirely virtual affair, offering little in the way of an economic boost to struggling Milwaukee. That's terrible news for the city's tourism industry.

Nancy Pelosi BACKLASH Forces Her To Pull Back On Impeachment Threats...