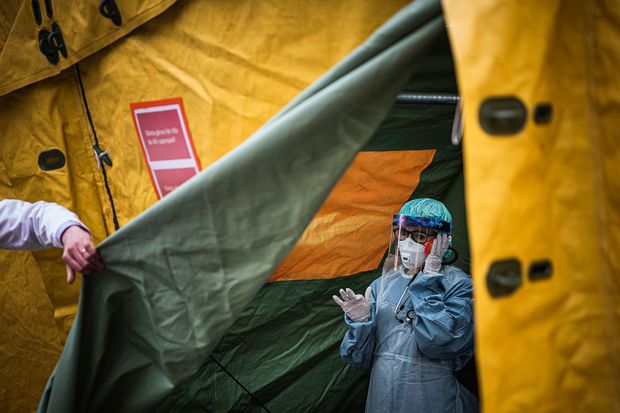 "The conscious and intelligent manipulation of the organized habits and opinions of the masses is an important element in democratic society. Those who manipulate this unseen mechanism of society constitute an invisible government which is the true ruling power of our country. ...We are governed, our minds are molded, our tastes formed, our ideas suggested, largely by men we have never heard of. This is a logical result of the way in which our democratic society is organized. Vast numbers of human beings must cooperate in this manner if they are to live together as a smoothly functioning society. ...In almost every act of our daily lives, whether in the sphere of politics or business, in our social conduct or our ethical thinking, we are dominated by the relatively small number of persons...who understand the mental processes and social patterns of the masses. It is they who pull the wires which control the public mind."

Recently, the Western media has made a point to publish a plethora of stories about the public health disaster of Sweden's no lockdown policy in order to deliberately discredit, in the minds of most people, the only science-based approach to covid19 undertaken by any nation in the world.

Since the end of July, there have been a lot of completely false and misleading stories about the failures of Sweden's no lockdown policy and Sweden officials' choices to not tyrannically shut down businesses in Sweden, to only suggest that the elderly vulnerable population self-quarantine, and to allow for the complete normalization of life under the conditions. Of course, the criticisms of portraying life as completely normal in Sweden had some merit. The most normalized behavior occurred in Stockholm, and though no businesses were ordered to close, some more cautious, conservative business owners chose to shut down their cinemas and ski resorts chose to voluntarily close and GDP in Sweden is still forecast to shrink by 4%. Still a 4% annual shrinkage in GDP is 1000 times more preferable to the annual pace of a 32.9% drop in GDP forecast in America just this past quarter.