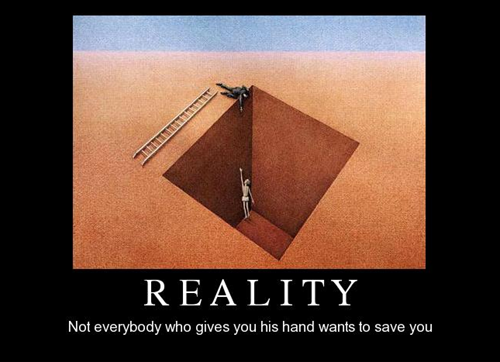 A colleague of mine, a highly-valued friend to whom I owe a great deal, has begun criticizing my support for President Donald J. Trump and questioning my libertarianism. That isn't, in itself, what bothers me. I grew up in a kindlier, more civilized era when people could disagree with one another cordially. Now you can be punished if you wear the wrong T-shirt when you take your kids fishing.

I haven't had the heart to tell my friend that everything he thinks he knows about Donald Trump exudes from mass media so putrescently corrupt that they glow in the dark like rotting fish. I had believed his intellect was more sophisticated than that, more analytical, more insightful. I had thought that he could see why Trump's enemies—basically the enemies of Western Civilization—are trying to destroy him. I had thought, that as a beneficiary of that civilization, he would see what Trump is trying to do and want to help him.

Instead, we're forced to focus on more or less trivial stories that are the result of deliberately poor analysis or outright lies. Trump is supposed to have said that all Mexicans are murderers and rapists. What he actually said—and I heard him say it, then heard it willfully misinterpreted immediately—is that the notoriously crooked Mexican government "isn't sending us their best", which was undeniably true. Under a campaign called Reconquista they were hoping to damage America's peaceful, pleasant, and productive Southwestern culture by shoving their criminals at us, precisely the same thing Cuba tried to accomplish with the 1980 Mariel boatlift.

Similarly, Trump is supposed to have advocated grabbing women by their pussies. What he said—in what he thought was a private conversation between guys—was that "some women will let you grab them by their pussies". The difference is between consent and assault, which is the difference between consensual sex and rape. I'm disappointed my friend didn't seem to notice that distinction.

Visualizing The State Of Democracy, By Country

Why There Are So Many Wildfires in California, but Few in the Southeastern United States

'The Truth In 11 Minutes': Detailed Breakdown of the Kyle Rittenhouse Shooting