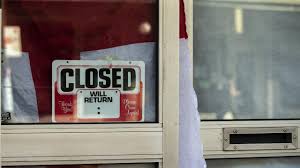 More than 100 current and former top executives at major U.S. companies are calling on Congress to pass long-term relief for small businesses to ensure they survive the coronavirus pandemic.

In a letter released Monday that was sent to top congressional leaders of both parties in the House and Senate, the CEOs and other executives warn of significant consequences to the economy if Congress doesn't immediately act to save small business.

"By Labor Day, we foresee a wave of permanent closures if the right steps are not taken soon," they wrote. "Allowing small businesses to fail will turn temporary job losses into permanent ones. By year end, the domino effect of lost jobs — as well as the lost services and lost products that small businesses provide — could be catastrophic."

The Bill For America's $50 Trillion Gluttony Of Inequality Is Overdue