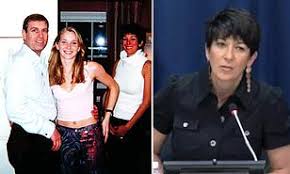 The night in question is March 10th, 2011, as well as the morning hours of March 11. Virginia Giuffre, who was known by the name Virginia Roberts at the time, says that she was taken to London by Epstein and Maxwell and was expected to have sex with Prince Andrew.

Giuffre says that she was just 17-years-old at the time and remembers being taken to the "Tramp" nightclub in London, as well as one of Maxwell's homes in the city.

Andrew was questioned about Giuffre's accusations during an interview with BBC, and he made numerous mistakes and fumbles that brought his credibility into question.

In the interview, Andrew vehemently denied knowing Giuffre and insisted that he was not at that nightclub on March 10th.

He claimed that he was at a Pizza Express location in Woking, for a party, but at least one other witness has come forward to corroborate Giuffre's claim. The witness says that she distinctly remembers seeing the prince at the nightclub on that evening.