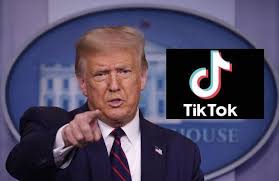 It's reasonable to suspect that any deal for Microsoft to buy TikTok would require dependable assurances from the administration that Microsoft would be protected should lawmakers try to turn around and target Microsoft alongside Amazon, Facebook and Alphabet, as anti-trust probes into the Silicon Valley titans ramp up.

And, apparently, the "OK" has been handed down, because Microsoft, which has, until now, refused to comment on the record about the purported deal, has reportedly just affirmed that it's moving ahead with deal talks to potentially buy TikTok, which a private group of investors recently valued at $50 billion. The deal may involve outside investors from the US as well.

In sum: At a time when Congress is beating the tech antitrust drum louder than at any other time since the late 1990s during the landmark Microsoft antitrust case, the tech giant, which has a market cap of $1.6 trillion and already owns one social media platform with more than half a billion members (LinkedIn), is about to get even bigger.

Other Battery Makers Filled With Uncertainty After Tesla Battery Day

The Bill For America's $50 Trillion Gluttony Of Inequality Is Overdue