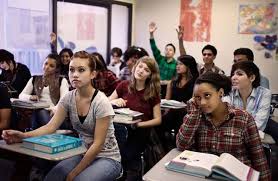 What parole term did she break? According to an article in the New York Times, she failed to complete her online coursework after her school was shut down because of the coronavirus crisis. Despite her pleas to be released to her mother, the state says no. In fact, the presiding judge in the case has held that continued detention is in the girl's own best interests. "I think you are exactly where you are supposed to be," Judge Mary Ellen Brennan, told the girl. "You are blooming there, but there is more work to be done."

I don't know what Brennan defines as "blooming," but one distinct possibility is that what she means is that the teenager is getting her mind straight by becoming an obedient, conforming citizen, one who is deferential to the state.

After all, isn't that the real purpose of public (i.e., state) schooling? Isn't that why there is public schooling in countries like Cuba, North Korea, China, and Vietnam?