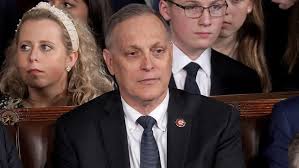 "Thank you for leadership and effort to bring our troops home and end the endless wars. We, the undersigned, respectfully request you immediately withdraw all U.S. military personnel from Afghanistan and Iraq," the Congressmen wrote.

"Throughout your entire Presidency, you have worked tirelessly to Make America Great Again.  We are confident you will repeat this feat again after this pandemic. However, the United States will not remain a great power for long if we stay engaged in perpetual warfare in Iraq and Afghanistan."

The two Congressmen cited the fall of the once powerful British and French empires as a reason for the United States to to over-extend its global military presence.

"History is replete with examples of nations that are a shadow of themselves after lengthy and ill-fated military campaigns—just look at the United Kingdom and France," they added.

Massie and Biggs urged Trump to trust his "gut instincts" and ignore advice from establishment interests that have long advocated a drawn-out U.S. military presence in Iraq and Afghanistan.