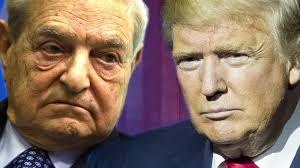 After explaining that he considers the Trump administration to be "a danger to the world," Soros then said he sees it as "a purely temporary phenomenon that will disappear in 2020 or even sooner," according to CNBC.

Soros - who reportedly lost around $1 billion trying to short the market after Trump's 2016 victory, also claimed that the US is now on course for nuclear war with North Korea.

"The fact of nuclear war is so horrendous that we are trying to ignore it, but it is real," he said, adding "Indeed, the United States is set on a course towards nuclear war by refusing to accept that [North] Korea has become a nuclear power."

"This creates a strong incentive for North Korea to develop its nuclear capacity with all possible speed, which in turn may induce the United States to use its nuclear superiority pre-emptively, in effect to start a nuclear war to prevent a nuclear war, obviously a self-contradictory strategy."

CDC Issues Holiday Guidelines: Thanksgiving Dinner Is Out, But Trick-Or-Treating Is Okay